San Thome Basilica is a Roman Catholic (Latin Rite) minor basilica in Santhome, in the city of Chennai (Madras), India. It was built in the 16th century by Portuguese explorers, over the supposed tomb of St Thomas, an apostle of Jesus. In 1893, it was rebuilt as a church with the status of a cathedral by the British. The British version still stands today. It was designed in Neo-Gothic style, favoured by British architects in the late 19th century. Source: wikipedia

Commonly known as Santhome Church, the International Shrine of St. Thomas Basilica has an underground tomb chapel where pilgrims can pray in front of the sepulchre of St. Thomas.

These photos are taken during our visit in May 2015. 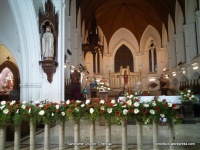 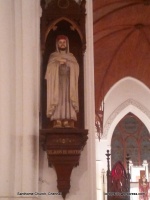 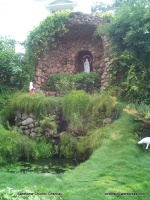 I adore comments! Thanks for stopping by to visit. Cancel reply

This site uses Akismet to reduce spam. Learn how your comment data is processed.